21-time Slam winner Djokovic, who made his first appearance at the Championships in 2005, has played in a record 32 Grand Slam finals and eight Wimbledon finals.

Overall, Djokovic has made 126 ATP career final appearance. In the 126 finals, the seven-time Wimbledon champion has ended as a winner 88 times and finished runner up 38 times.

The Serbian has closed the gap on record Grand Slam winner Rafael Nadal, who has won 22 Grand Slam titles and also the record Wimbledon champion Roger Federer, who has won the All England crown 8 times. 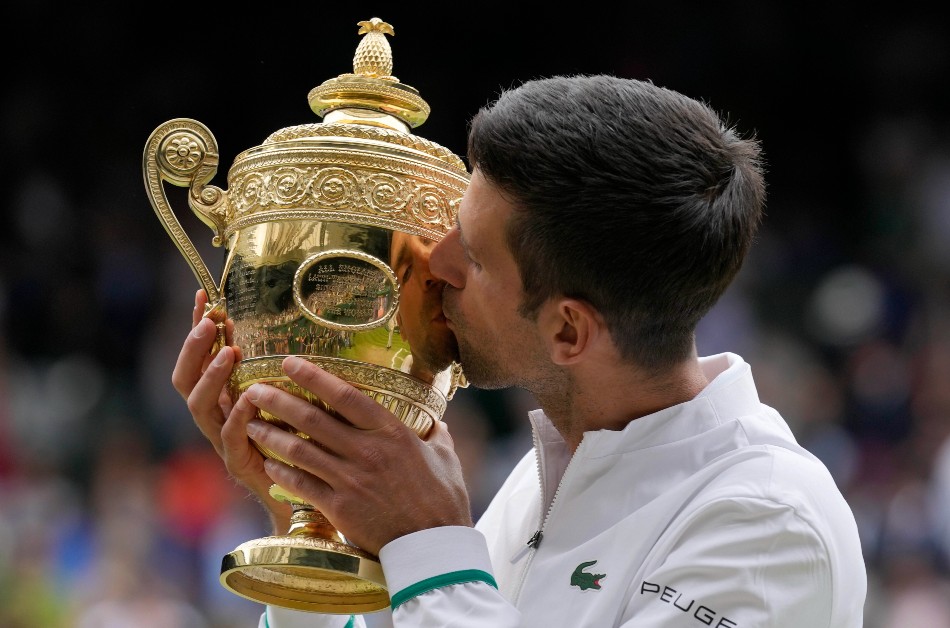 The 35-year-old Djokovic, who has won the title at the All England Club four times in a row, also extended his winning streak to 28 in Wimbledon. In the eight Wimbledon final appearances so far, Djokovic has faced Federer the most.

In his 32 Grand Slam final appearances so far, Djokovic has won on 21 occasions and finished runner up 11 times level with Federer and Ivan Lendl. Since his debut, Djokovic has participated in 17 Wimbledon Championships, finishing in quarterfinal or better 13 times.

Here is a look at Djokovic’s record at the Wimbledon tournament and his final results: