Here’s when and where to watch the draw:

When: The draw will be held on April 1.

Where to Watch: The draw will be held LIVE & Exclusive on History TV18 HD

Live Streaming: The draw will be streamed on Voot.

Introducing Al Rihla, the #OfficialMatchBall of the 2022 #WorldCup

FIFA World Cup 2022: WHICH COUNTRIES HAVE QUALIFIED SO FAR?

A look at all the countries who have already sealed their spot in Qatar. As hosts, Qatar have received automatic qualification.

Germany, the four-time World Cup winners, guaranteed their place first through the usual qualification route, while fellow giants Brazil – who have won the tournament on no less than five occasions – also qualified with next-to-no bother.

Senegal beat Egypt: Senegal win on penalties once again against Egypt to qualify for the World Cup 2022 in Qatar as Egypt are KNOCKED OUT after Captain Mohamed Salah missed his penalty kick 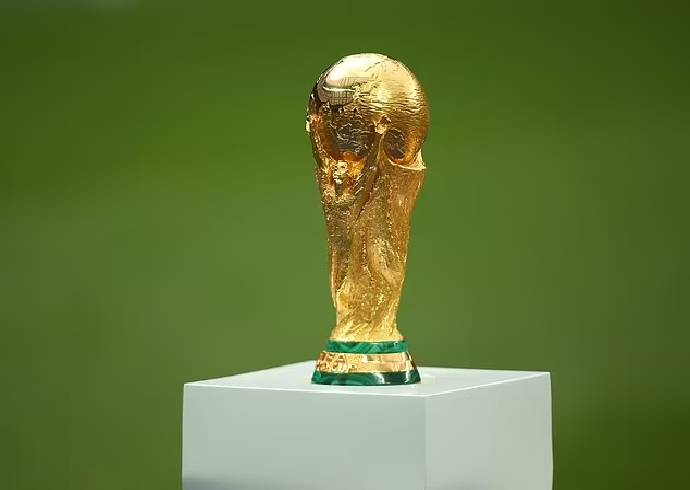 England, still searching for a first trophy since 1966, guaranteed their entry back in November by finishing top of their own qualifying group.

In South America (CONMEBOL), Uruguay and Ecuador have also qualified for the finals. They moved along with Brazil and Argentina, the automatic qualifiers.

In the CONCACAF the fate of Mexico and the United States is still uncertain, however, despite their recent victories. Costa Rica are in contention, too.

Canada, though, have reached Qatar for only the second time, after they dispatched Jamaica 4-0 to bring an end to 36 years of absence.

WHICH COUNTRIES ARE LEFT TO QUALIFY?

With 27 countries having already sealed their spot, that leaves 5 places left for countries to battle it out for.

One of those will go to a European nation, with the war in Ukraine slowing down the play-off process for UEFA. While Poland and Portugal won their matches this week to seal their spot, Wales are waiting to see whether they’ll face Scotland or Ukraine for a spot in Qatar. That game is likely to go ahead in June and will complete the line-up.

CONCACAF’s qualification process is also very close to completion, but Canada are currently the only side assured of their spot. Below them, the USA and Mexico are very likely to be in Qatar too, as they hold a three-point lead over Costa Rica in fourth, but there is a slim chance of that changing.

On Thursday, Costa Rica face the USA and they need to win and overturn a 10-goal difference, while Mexico will be assured of their spot if they can get a point against El Salvador, or if they lose and Costa Rica fail to beat the USA by less than three goals.

Assuming no completely bizarre goals occur, the USA and Mexico will head to Qatar, leaving Costa Rica to play in an inter-confederation play-off.

Their game will be against the winner of the OFC Final, with the Solomon Islands set to face off against New Zealand in Doha on Wednesday to see who makes it to the final step of the qualification process.

The winner of that match will head to Qatar, leaving us with one final spot not accounted for of the 32 teams.

In CONMEBOL, Peru finished 5th, just shy of the automatic places but still enough to book them a play-off spot, and they will face an AFC competitor – either Australia or the United Arab Emirates, who face each other on June 7.

HOW DOES THE FIFA WORLD CUP DRAW WORK?

The 32 teams that qualify for the World Cup are divided into four pots, each of which is comprised of eight sides. Teams will then be picked out from each pot and placed into eight groups. Pot 1 will be drawn from first, followed by Pot 2, Pot 3 and finally Pot 4.

In total, there are four seeding categories which are based on the FIFA rankings which will be published this year on March 31.

WHO WILL BE THE SEEDED NATIONS?

Scotland and Wales will be with the lowest-ranked seeds for the tournament. The seeding for nations who have qualified by the time of the draw will be determined by the FIFA rankings due to be published on March 31.

England are currently ranked 5th in the world, with Belgium, Brazil, France and Argentina the only countries above them. Portugal will be seeded, too.

Which means that England could be drawn in the same group as Germany – who are ranked 11th and in the pot of second seeds.

FIFA, meanwhile, revealed the three teams still fighting along the play-off path by the time of the draw will be treated as just one entrant. They will be placed in Pot 4, along with the lowest-ranked nations.

Here’s when and where to watch the draw:

When: The draw will be held on April 1.

Where to Watch: The draw will be held LIVE & Exclusive on History TV18 HD

Live Streaming: The draw will be streamed on Voot.

WHO IS IN THE EUROPEAN QUALIFYING PLAY-OFFS?

From this route, three more teams will advance to the finals in Qatar. Portugal and Poland booked their places on Tuesday night.

Scotland and Wales were among the sides who were forced to attempt to qualify for the tournament the long way round. Intriguingly, Scotland and Wales have been placed on the same path, meaning that will face each other for a spot at the World Cup if Scotland progress past Ukraine. That match is now set to take place in June.

The Doha Exhibition and Convention Center will play host to the glitz and the glamour, and the event is scheduled to begin at 7pm local time (5pm BST), 9:30 PM (IST).

By the end of the week, 28 of the 32 teams in Qatar will have been confirmed. 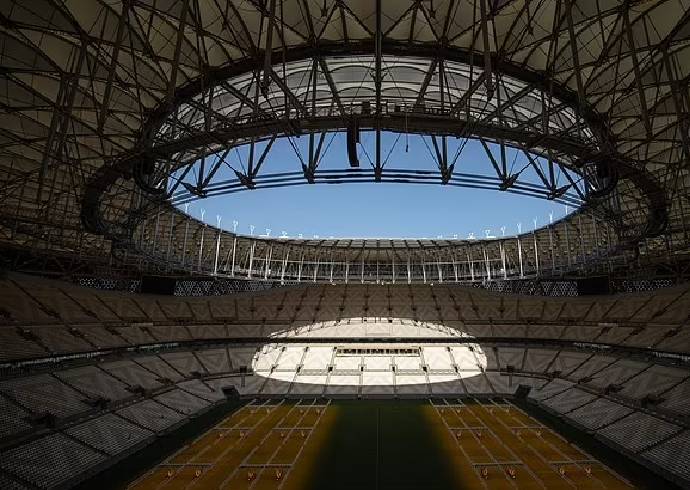 Then, the final three spots will be decided by the intercontinental play-offs in June, while the final European play-off final was delayed due to the war in Ukraine.

Latest updates on SCOTLAND vs UKRAINE

Poland received a bye to the final of their play-off route as a result of the Ukraine crisis, sparked by an invasion from Vladimir Putin’s forces. The sporting world unified to condemn Russia for the country’s aggression, and they were quickly removed from the qualification process for the Qatar World Cup.

Wales will now wait until June to discover their fate in their play-off final, with Scotland’s fixture against Ukraine having been postponed until then.

The first group stage fixture later this year will be held on November 21st.

That game will feature hosts Qatar and another side from Group A, and will kick-off at 1pm local time (10am BST).

The tournament will run over one month, with the final scheduled for December 18 and with a 6pm local time kick-off (3pm BST).